So the news keeps on getting worse and our fears are now a reality.  We have gone from a swollen gland, to him having a mass but it can either be benign (non-cancerous) or malignant (cancerous), and today we found out that it is a malignant (cancerous) tumor and Anthony will be fighting to stay alive.  From the Biopsy they could not determine the specimen of the cancer and has classified it as an Undifferentiated Sarcoma.

The doctor has ordered for a Metastatic Workup.  A Metastatic Workup is to hopefully better understand the cancer and to see if the cancer has spread.  From that point, they can create a game plan so they can effectively treat his cancer.  This is the absolutely the worst type of news we can get right now.  The doctor told us to start preparing for the worst and that we have a long road ahead of us.

Within the Metastatic Workup they will like to perform a CT Scan and PET Scan on his chest, abs, and pelvis regions.  They also want to perform a Bilateral Bone Biopsy to exam the bone marrow.  This all needs to be done as quickly as possible so they assigned a case worker and a social worker to help us through this whole process.

This is one of the first days of the Pandemic caused by Covid-19 and it is pretty scary being at the hospital.   This is the last place you want to be and you just want to avoid everybody, keep your distance, and not touch a single thing.  Anthony's personality is still showing as he takes his hair cap and covers his whole face with it. 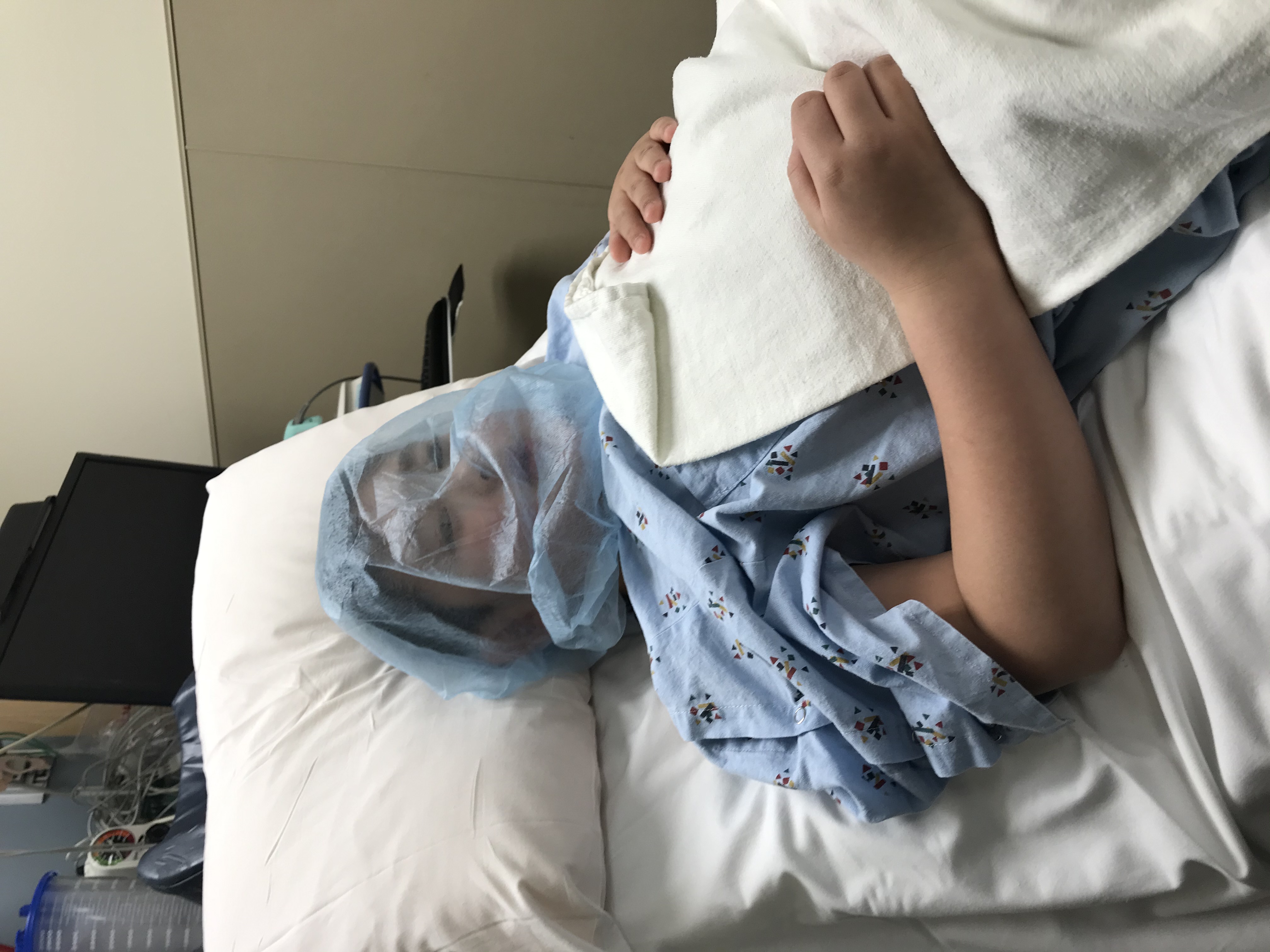 The Surgeon needed to stick a huge needle into Anthony’s cheek and because of his age they feel it is best to sedate him. This will be the first time Anthony is under anesthesia and the doctor said this process should be less than an hour.  Anthony is taking this like a champ.  He is afraid he has to get another shot, because he already received over two within a week. The doctors came in and said it was time to say goodbye to him and you can see in his eyes he was worried.  They injected some anesthesia into his arm and he slowly counted down from 10 and he was out.  They then wheeled him off to get the biopsy done and told us it should be done within the hour.

We then took off in the hallway to try to stay as far away from everyone as we could.  Around 45 minutes they called us back into the room and Anthony was just starting to wake up and he didn’t remember anything, but felt dizzy from the anesthesia.  Here is the size of the needle they had to stick into Anthony's tumor for the Biopsy. 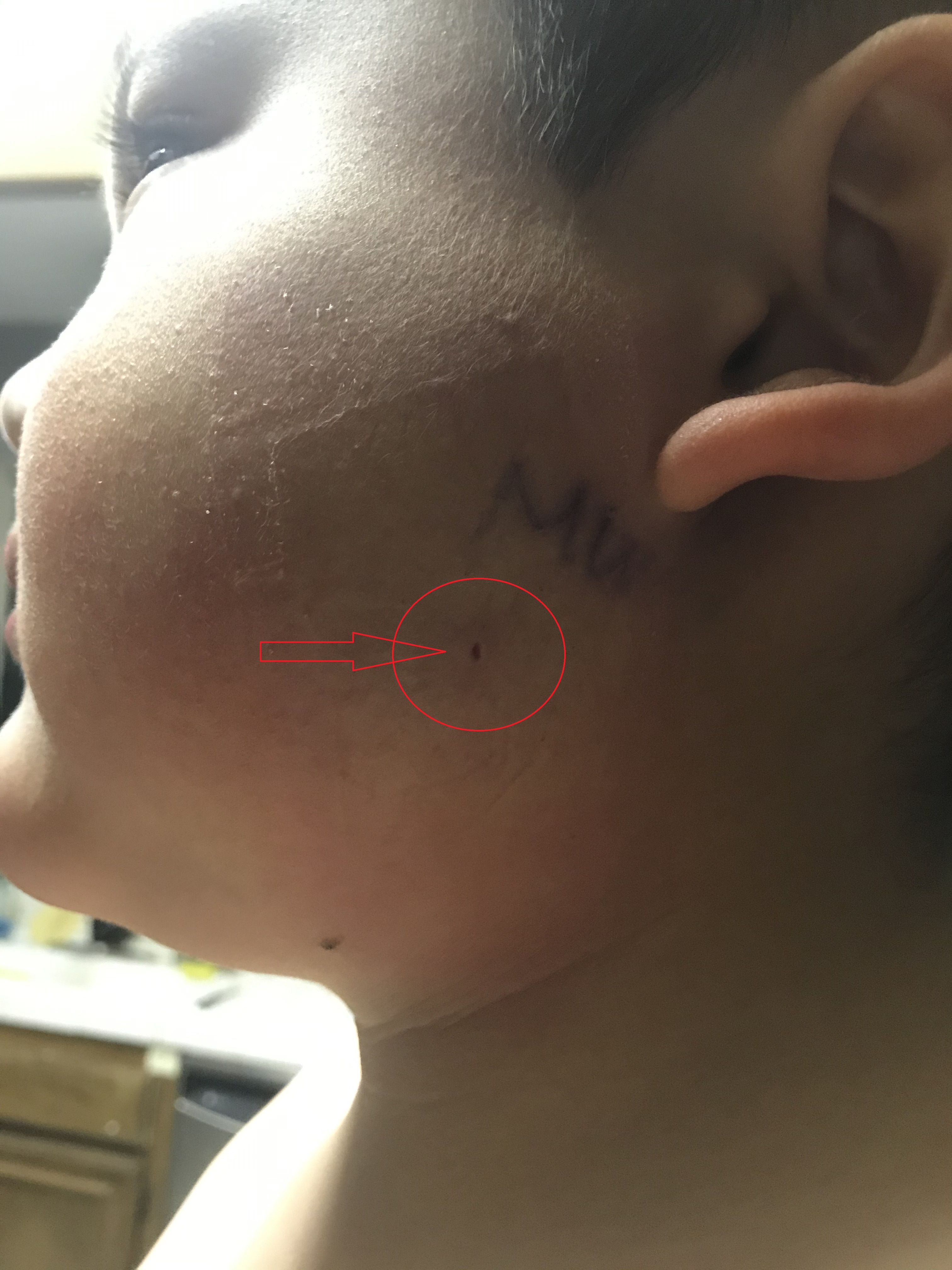 We had to wait an hour before they could discharge us and he started to feel sore and was just excited to be wheeled off into a wheelchair.